Emma and Jake were college sweet hearts at Bowdoin College and came back to the state where their love began to tie the knot. True to the couple’s spirit, they didn’t just have a Maine wedding – they had the ultimate Maine wedding.

Their August wedding at Newagen Seaside Inn in Boothbay Harbor embodied Emma and Jake perfectly. They stuck to their adventurous, laid back spirit by climbing over rocks during their first look and showing off Emma’s breathtaking gown by twirling on a dock – all captured by the amazing Brendan Bullock.

Next, their seaside ceremony featured a folk song written for the bride by her soon-to-be-husband and a joyful exchange of vows under an arbor decorated by dahlias Coco Design Company. Even though the day was threatening to rain, the sun shone down on this radiant pair as they officially became husband and wife.

The party certainly did not stop there. After cocktail hour with local hors devours provided by the in-house kitchen at Newagen Seaside Inn, the newly married duo kicked off dinner and dancing. This wasn’t just any dancing, though, this was get on stage and dance with the band kind of dancing. After the couple spun, dipped and shimmied with their friends and family, the toasted to an amazing day with dessert goodies from their beloved college town: blueberry pies from Wild Oats Bakery and artisanal gelato from Gelato Fiasco. 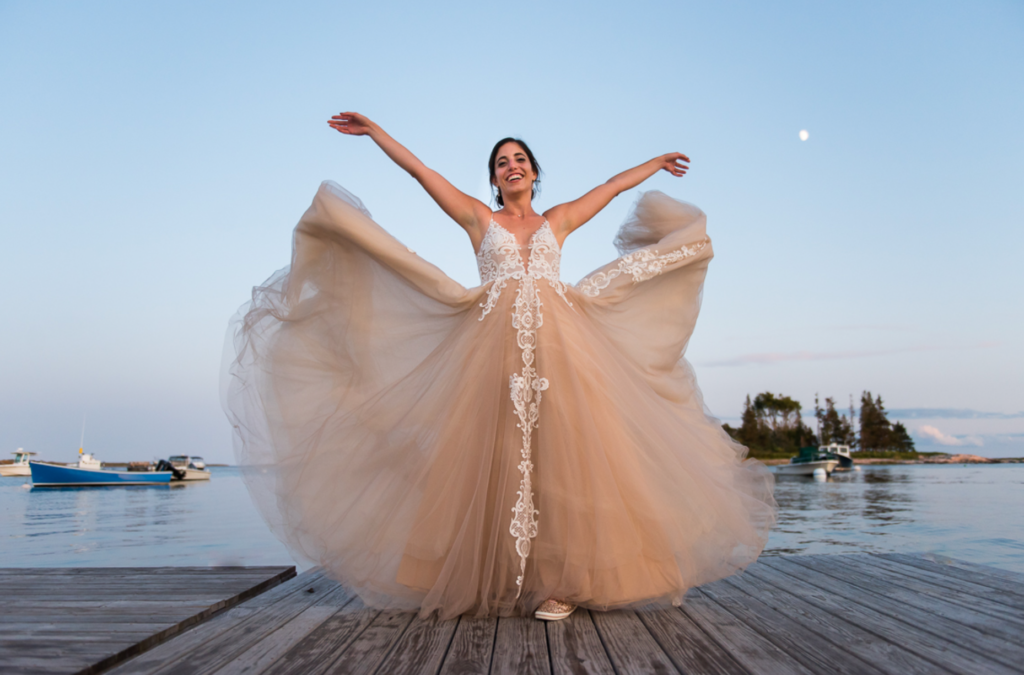 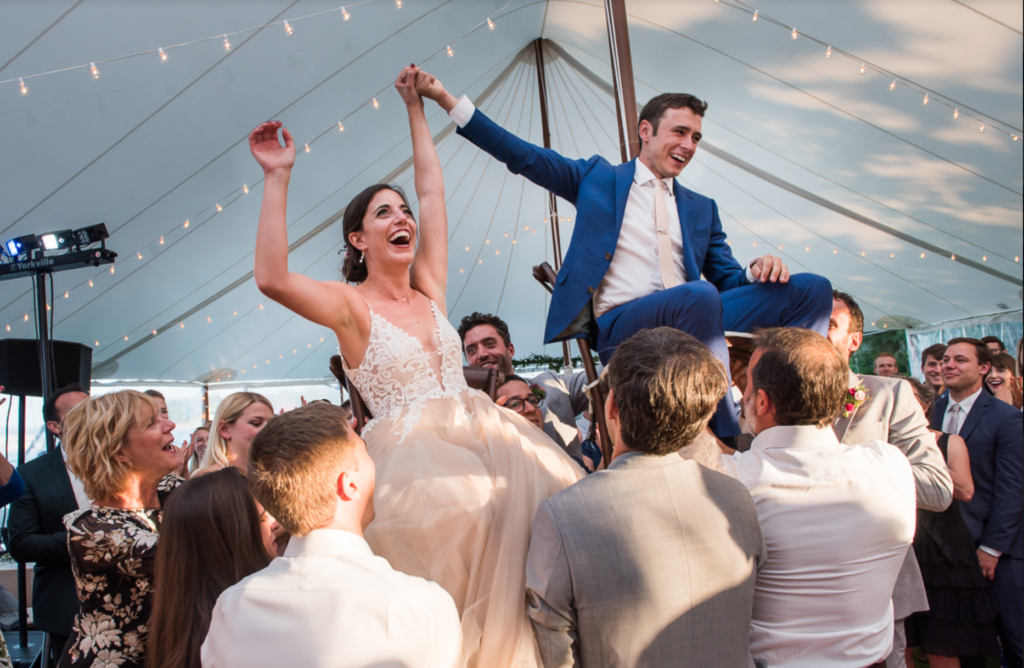 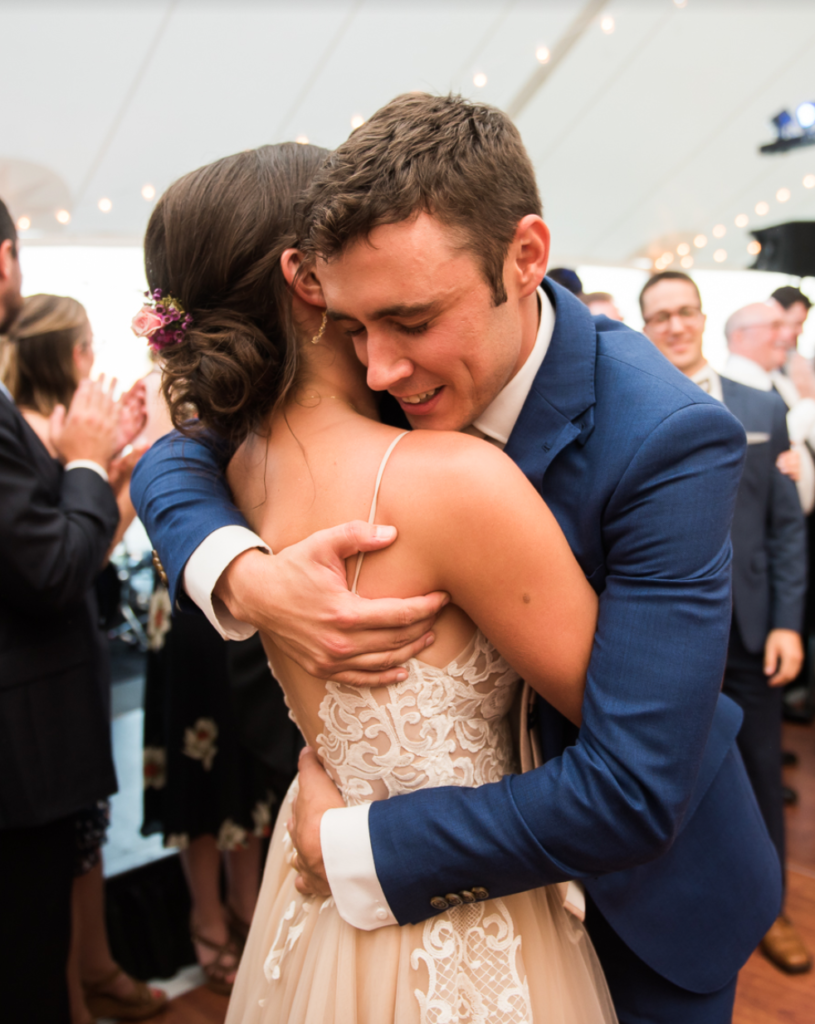 A quiet moment during the festivities. Photo by Brendan Bullock 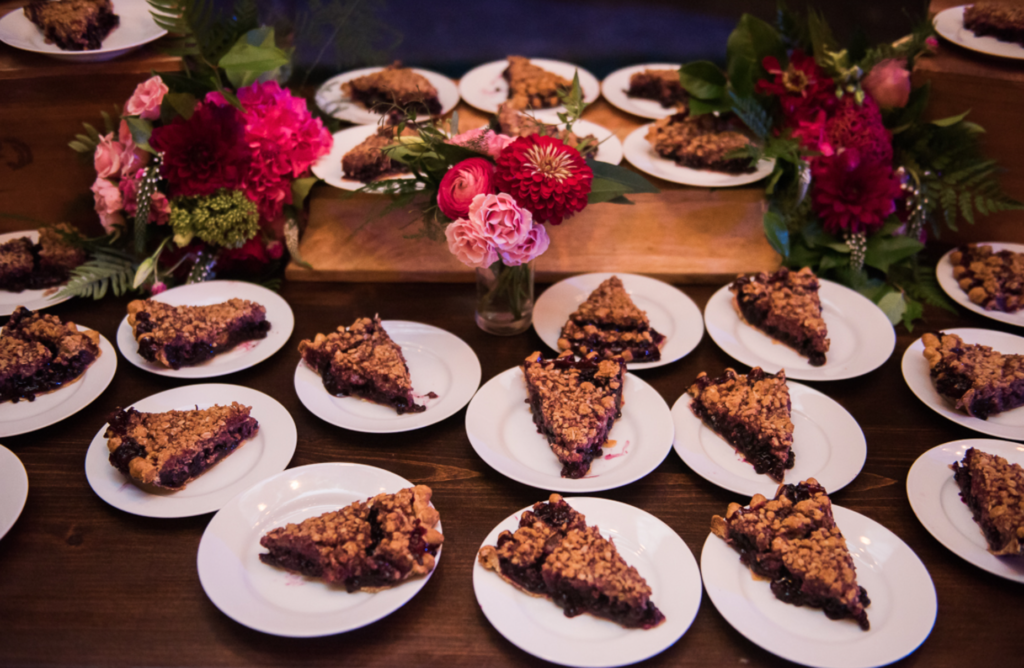 A Bowdoin grad must! Photo by Brendan Bullock 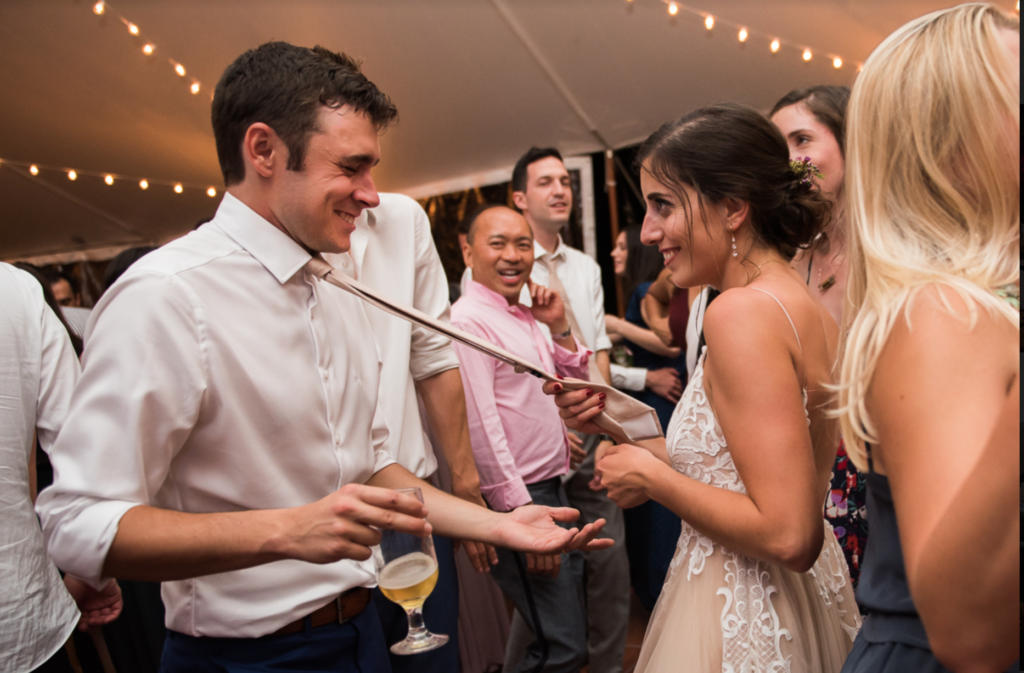 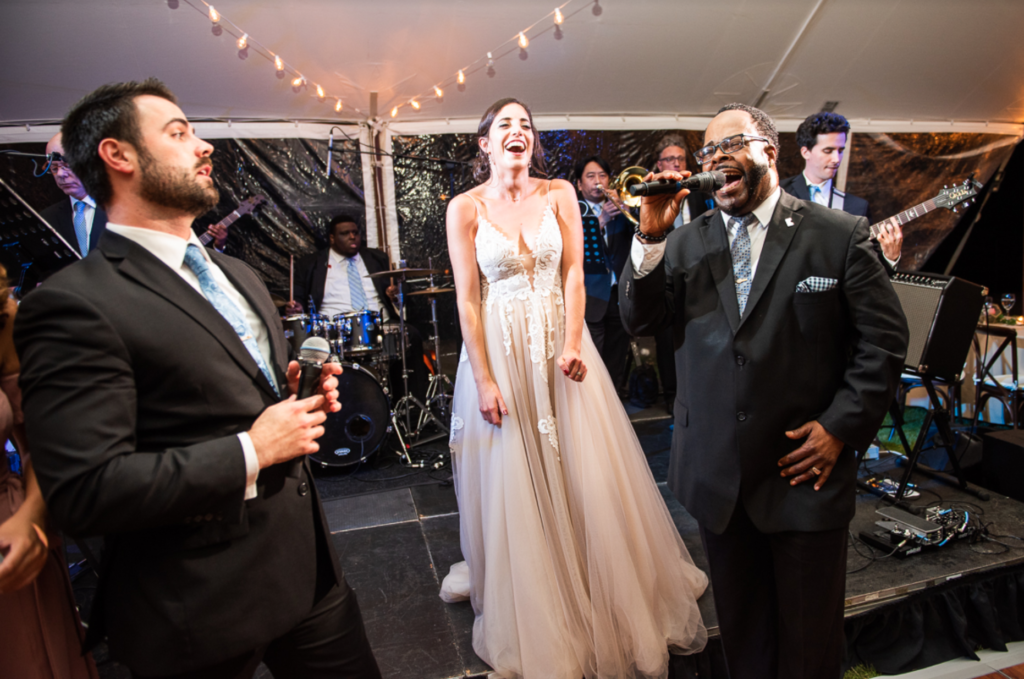 How awesome is this bride? Photo by Brendan Bullock

Congratulations to this lovely couple!

Thanks to our vendor team who helped make this phenomenal day possible.

We can't wait to get to know you! 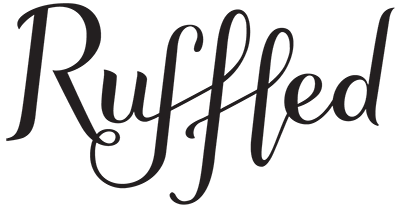 If you are using a screen reader and are having problems using this website, please call 207.615.4674